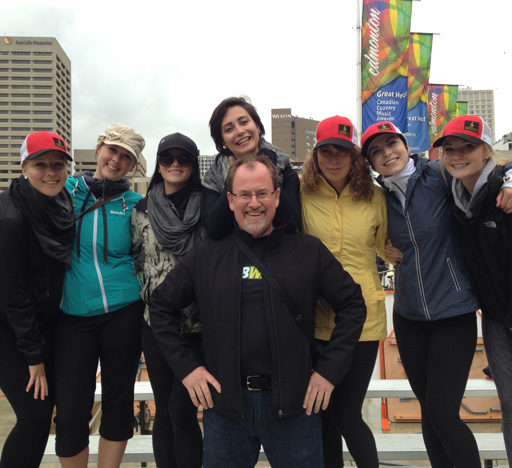 Subway Sponsorship of Tour of Alberta 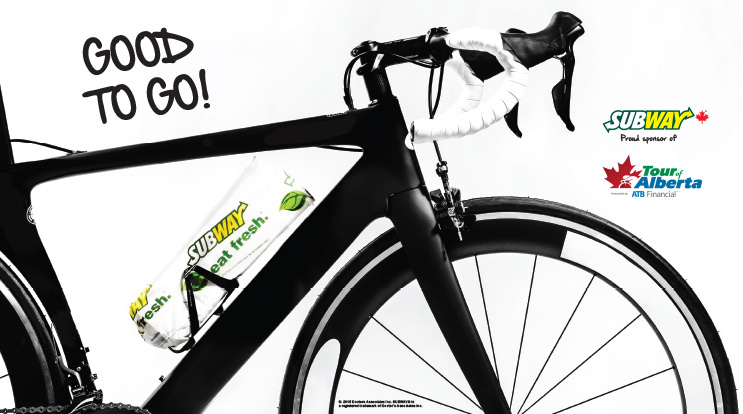 Canada: Earlier this month, Tour of Alberta sped through the province, with SUBWAY® Alberta as a platinum event sponsor. The widely televised and highly attended event was a huge success, making it the perfect fit to promote our active lifestyle brand image. 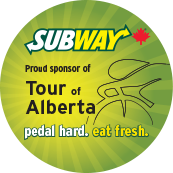 About the Marketing Campaign

A multi-media campaign promoted our Tour of Alberta sponsorship, giving us great exposure at race events and community festivals. Highlights from the campaign included:

We made more than 2.3 million impressions over 14 days, using microsites, digital and print ads, flyer wraps and a contest targeted to healthy-living audiences, sports enthusiasts and cyclists, and females 18–49.

Street teamers at the start and finish of every race rewarding the crowd for doing random acts of fitness, like pushups, to earn a water bottle, a cash card or a wristband allowing entry to the SUBWAY® Zone at the finish line.

Subway – Tour of Alberta from Mark Dixon on Vimeo.